The connection between Thyroid and Coeliac Disease

The gut is your gateway to optimal health!

This statement couldn’t be closer to the truth. Especially when we start to make sense of the connection between autoimmune thyroid disease (AITD) and coeliac disease (CD).

The largest study to date report that adults with coeliac disease has 4.4 times the risk of hypothyroidism and 2.9 times of hyperthyroidism compared to the general public. Rates in children are higher at 6 and 4.8 times, respectively.

Before we explore the connection, let’s do a quick recap of both these diseases.

For the purpose of this blog, I am predominantly focussing on Hashimoto’s disease. It is important to note that Grave’s disease shares a very similar connection. 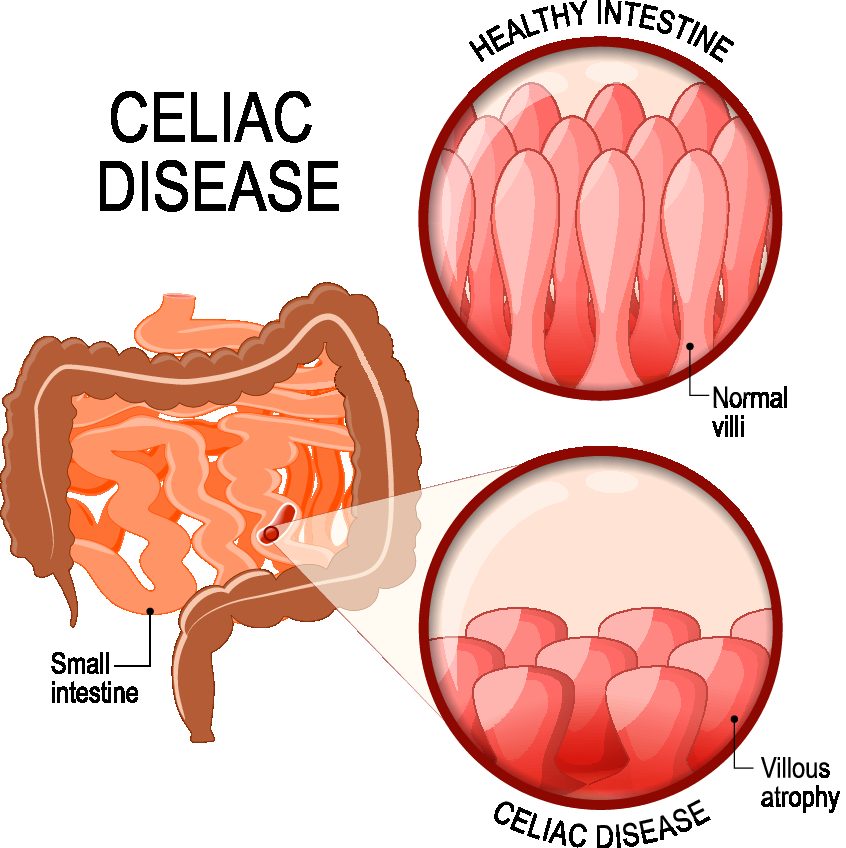 So, what do these two conditions have in common with each other?

Your intestinal tract, which spans the surface area of a tennis court, host the largest concentration of immune cells in your body. Your gut is responsible for digesting and absorbing nutrients, but also to keep potentially harmful substances from damaging your body.

This intestinal tract, which helps to separate the contents of your gut from the immune cells in your blood, is actually only a single cell layer thick. When your intestinal wall becomes damaged or permeable, contents can spill into the blood and thus activate immune cells. This condition, better known as ‘leaky gut ’, can potentially drive autoimmune disease. Whilst it is believed that the large majority of people with autoimmune disease have leaky gut, it is not the only factor at play here. This is why some individuals don’t necessarily resolve all their health problems by fixing their leaky gut. There is more to your autoimmune condition than just leaky gut! It is important to note that people with one autoimmune disease have a 25% risk of developing a second autoimmune disease and often HT and CT are both at play.

The following areas are all just as important when it comes to the gut connection. 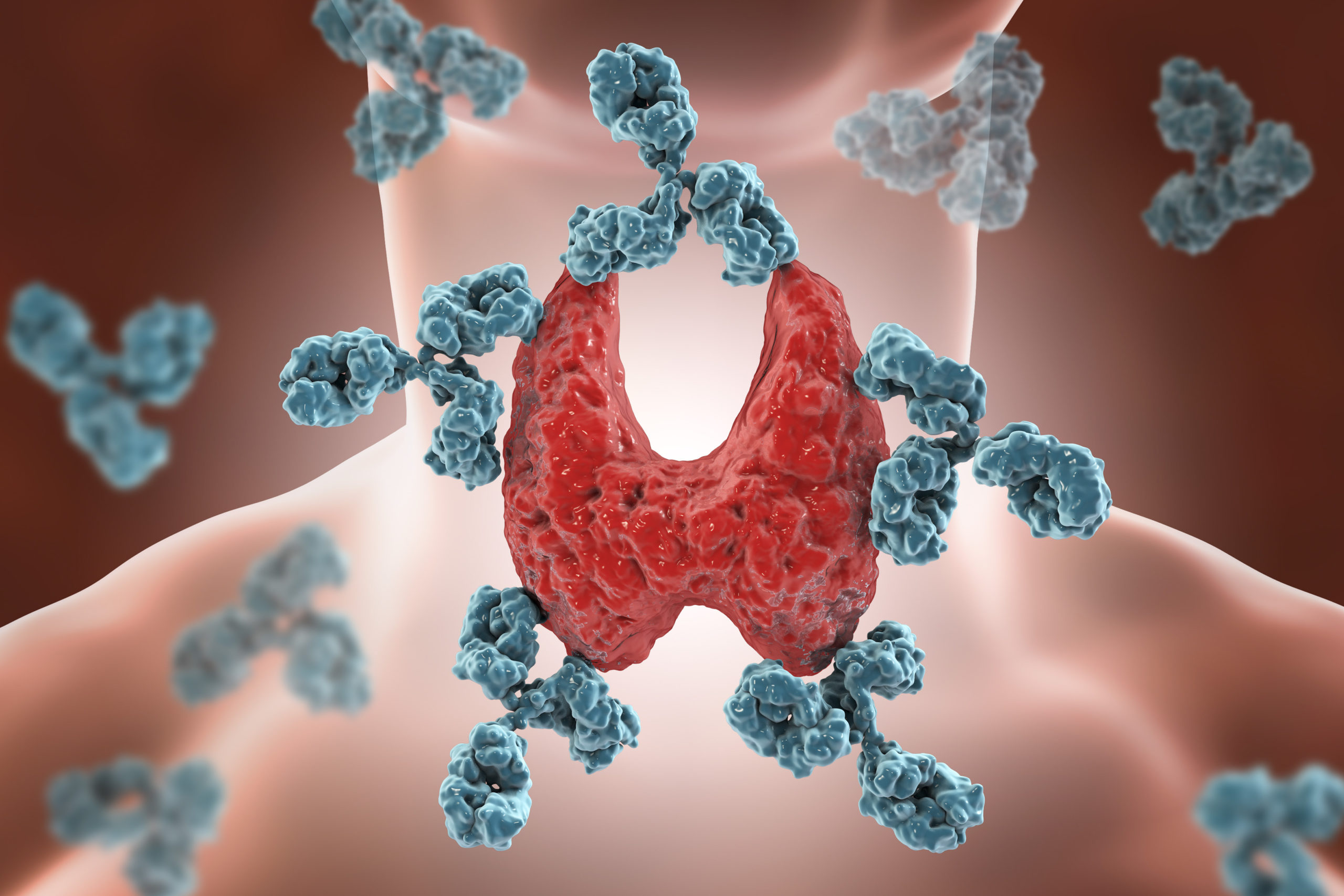 Before we can look at this connection, it is important to understand that each of these conditions have their own antibodies. If you want more information about the antibodies and other key markers to request for thyroid testing, you can download my free ‘Making sense of your thyroid markers’ guide here.

Another study identified thyroid antibodies in 16% of patients 2-3 years after the diagnosis of CD.

This is why it is important that people with thyroid disease get accurate testing that includes coeliac disease and vice versa.

The single biggest connection between CD and HT is the HLA DQ genes. These genes appear to be more common in people with gluten intolerance, coeliac disease and interestingly Hashimoto’s and Grave’s disease. These genes are part of a family of genes called the human leukocyte antigen complex. This HLA complex helps the immune system to distinguish between the body’s own proteins and those proteins made by foreign invaders, such as viruses and bacteria.

Symptoms of HT and CD often overlap, which is one of the reasons that it is often misdiagnosed. Some might be interested to know that 70% of newly diagnosed people with coeliac disease don’t present with typical gastrointestinal symptoms. This means it often gets overlooked. Typical symptoms such as fatigue, muscle aches and pains might lead to a diagnosis of chronic fatigue syndrome (CFS) or depression.

This is one of the many reasons I advocate antibody testing. I must add that in some instances gliadin antibodies might not be high enough to show a positive Coeliac diagnosis. If symptoms persist, then it is worth looking at some of the other markers or to review symptoms based on a full gluten exclusion. 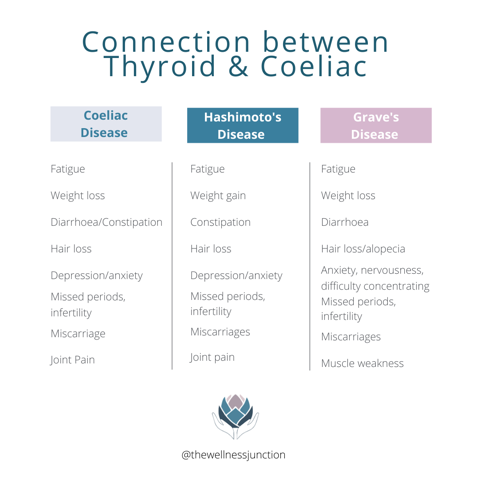 It is common for people with CD who follow a gluten-free diet to witness their anti- tissue transglutaminase levels return to normal. At the same time this change can also help to improve thyroid antibodies.

One of the reasons for this is that anti-tissue transglutaminase bind and react to thyroid tissue, which might contribute to HT development. This can explain why very often people with HT see improvements in their thyroid health and antibodies when they remove gluten from their diet. Another important consideration with gluten and HT is the role of molecular mimicry.

This phenomenon describes the possibility that the appearance of certain bacterial cells or other microbial ‘triggers’ (food) can have a similar appearance to the cells that make up parts of our physiology or self-antigens. This is a natural protective mechanism that the body uses to get rid of infectious cells.

The problem is that sometimes the immune system targets proteins in the infectious cells that resemble proteins in our own cells. This is particularly true for gliadin, the protein found in gluten, and the thyroid gland. Both are thought to have a very similar appearance and the consumption of gluten can easily lead to an attack on the thyroid gland.

Molecular mimicry, seen as a form of mistaken identity, is said to trigger the start of autoimmunity.

What does it all mean?

First I want to say that so thousands of people are living with these conditions without knowing what’s wrong with them. In fact, it is estimated that 50% of people with thyroid disease and 90% of people with coeliac are undiagnosed. This is a pretty big statistic! This is why it is so important that the current testing model is reviewed.

For those with a diagnosis, it appears that individuals with coeliac disease are more likely to develop autoimmune thyroiditis (Hashimoto’s or Grave’s disease) than the general public and the reverse is also true. The risk continues to be present, even in the absence of gluten or thyroid medication.

It is therefore really important that accurate testing is offered to ensure that people with either HT or CD are properly screened for both these conditions. If you are unsure which tests markers to test for your thyroid, you can download my free guide that will help you make sense of it all.

If you are tired of not getting the results you are looking for and want to feel like your self again, schedule your 30-minute free assessment call with me today. 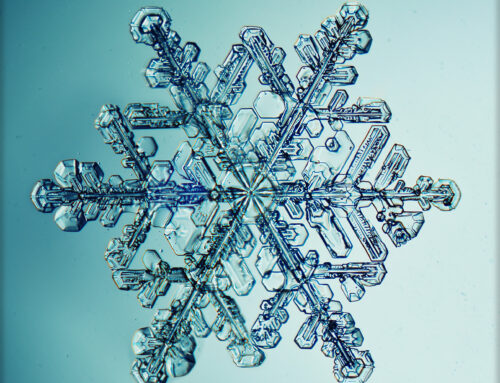 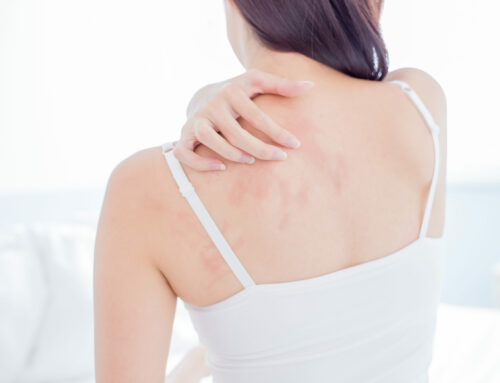 The Connection Between Your Thyroid and Histamine 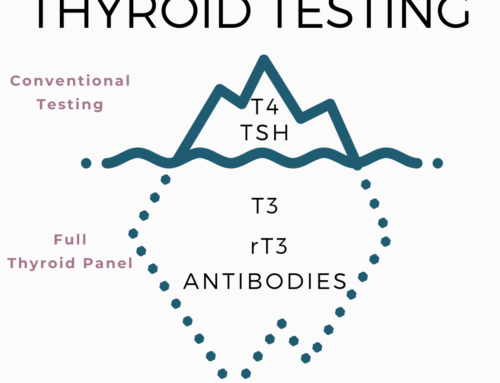